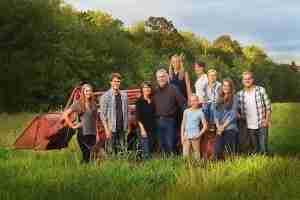 How do you provide healthy, nourishing food for 12 kids? Buy a farm and put them all to work!


That’s what the Sturtevants did in 2011 when they moved their family from their ¼-acre lot in Vancouver to Brush Prairie, WA, about 20 minutes north of Portland, OR. Today, Botany Bay Farm sits on 34 acres and provides pasture-raised, soy- and GMO-free meat and eggs not only for the family, but also for communities across the Pacific Northwest.

You can find their products at New Seasons, some natural grocery stores (including Marlene’s Market) locally and in Seattle, as well as at the farm store.

Like many new farmers, the Sturtevants were inspired by Joel Salatin of Polyface Farms and his model of sustainable agriculture. Plus, they had plenty of built-in farmhands. “Farming is something you can do with the family,” said Maria Sturtevant, who runs the farm’s marketing and customer service. “My parents always wanted a lifestyle you could put your hands to, and with 12 kids, you need to give them something to do. Also, we eat a lot.” 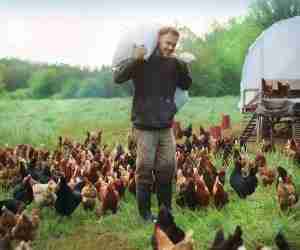 The farm provides work for idle hands of all ages, from washing eggs to designing the website. As an added bonus, the Sturtevant family also includes four engineers, who have put their talents to work designing systems that improve farm operations as well as the quality of life of the animals they raise.

For example, Christian Sturtevant, who recently graduated from WSU Vancouver with a masters in mechanical engineering, designed a custom feed system so they could mix their own chicken feed. “The way feed brokers mix their rations, we couldn’t select how much of each ingredient we wanted,” Maria said. “Sometimes the mixes caused issues in the way the chickens were growing.” They also introduced ingredients the Sturtevants didn’t want, like soy.

“Now, with the feed system, we can input a recipe into the control panel and the machine mixes the feed and dispenses it so we can give it straight to the chickens. It’s much better than a traditional custom mixer (which is expensive and not fully customizable) or hand mixing.”

Having an engineer around was also useful when it came time to build their walk-in cooler. Christian learned about the CoolBot from a neighbor who used one on his vegetable farm. “We heard it was a way to create a walk-in cooler without spending thousands of dollars,” he said.

So, last May, he embarked on the project, using engineering software to design a 5’x5’ box and make sure everything would line up correctly. “I don’t have a lot of construction background,” he said. “So, I made it as simple and as sturdy as possible.”

Christian’s being modest. The system is actually very cool (see what I did there?). 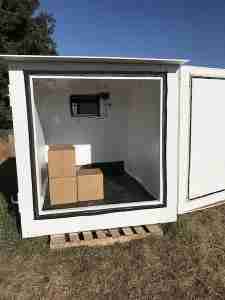 The walk-in cooler is built on a pallet so that it serves a dual purpose. They use it on the farm to store eggs (and this winter, they’re planning to use it as a cellar for their garden). But they can also put it on a truck and use it to transport chicken to the distributor. “Without it, we’d have to rent a vehicle or get a refrigerated truck, which would be very expensive,” Maria said. “It’s been life-changing for the farm.”

They used to run the air conditioner and CoolBot off of a generator when it was on the truck. But, it was loud, and the driver would sometimes get dirty looks. So, Christian bought a power inverter to change the truck’s direct current to alternating current, and now they run the system off of the truck battery! The entire cost of the build was about $1200, including the $200 they spent to install the inverter.

When the Sturtevants decided to build a cooler, they couldn’t have known that it would have to stand up to record-breaking heat waves. This summer was one of the PNW’s hottest on record, with the mercury hitting triple digits on several days. “We were just hoping it would work so we wouldn’t be left in the lurch,” Maria said. “When you’re transporting chicken, it has to stay cold.”

They haven’t had a problem. Even with the temperature spikes, the cooler has been holding steady at 34-38°F.

In fact, the only issue they’ve encountered with the entire project has been the door. “I made it pretty simple and it sags a little,” Christian said. “If I were to do it again, I’d spend more time on the door.” (If you’re thinking about building a walk-in cooler, download our guide. We’ve recently updated it with new recommendations, including tips for optimizing the door.)

If you live in the PNW and would like to try some of Botany Bay’s pasture-raised, soy- and GMO-free meat, look for their label at your local New Seasons or natural grocery store. If you’re in town this Saturday, hop on the 205 North and check out their Farm Field Day from 10 am to 3 pm. This is a free family-friendly event where you can meet the Sturtevants, pet the animals, and see the feed system and the walk-in cooler for yourself.